Lava rocks hold and reflect heat from a propane grill for barbecuing food.

The Lava rocks now used with a gas grill because of their ability to heat very fast and radiate for even grilling.

With traditional use, lava rocks should last for about two years before replacements are required because of the build-up of grease, which can affect flavor, as well as the natural deterioration of the lava rocks from frequent heating and cooling after use. 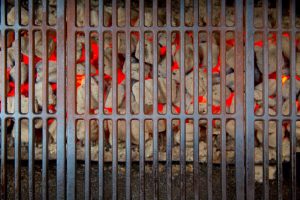 Lift the lid on the grill, remove the cooking grate and pour new lava rocks onto the grate over the propane burners.

Put the lava rocks with only one layer on the grate over the burner with the edges shape touching each other, then replace the cooking grate. The Lava rocks should not be massed on top of each other.

Turn on the gas grill and ignite the burner , then close the lid and let the grill preheat around 10 minutes.

Fix up the food on the cooking grate and barbecue according to the recommended time as your recipe.

Remove the cooked food, then turn the grill burners up to high temperature to burn off grease and diffused food on the lava rocks. Leave the heat on for 10 minutes; this cleans the rocks for the next BBQ session.

Remove the cooking grate and turn the lava rocks upside down (when the grill has cooled) after four to five bbq use. This will helps clean the rocks and keep it for longer use.

Replace the old lava rocks with a new one when the rocks begin to deteriorate or reflect a  odor that cannot be removed by heating the grill for 10 minutes. 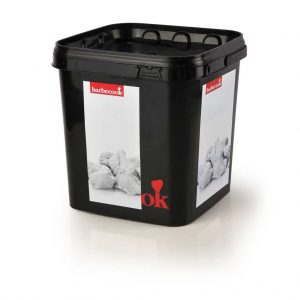 How long does Lava Rock last?

This is dependent on use, on average we would recommend every 1 to 2 years as soon as the rocks become small enough to allow fat to drip down on to the burners or when the coals ignite due to fat saturation.

Do not wash the lava rocks in any solution, not even water, in order to clean them. Lava rocks are cavenous and can absorb liquids. When heated, the moisture will expand and crack the rocks.